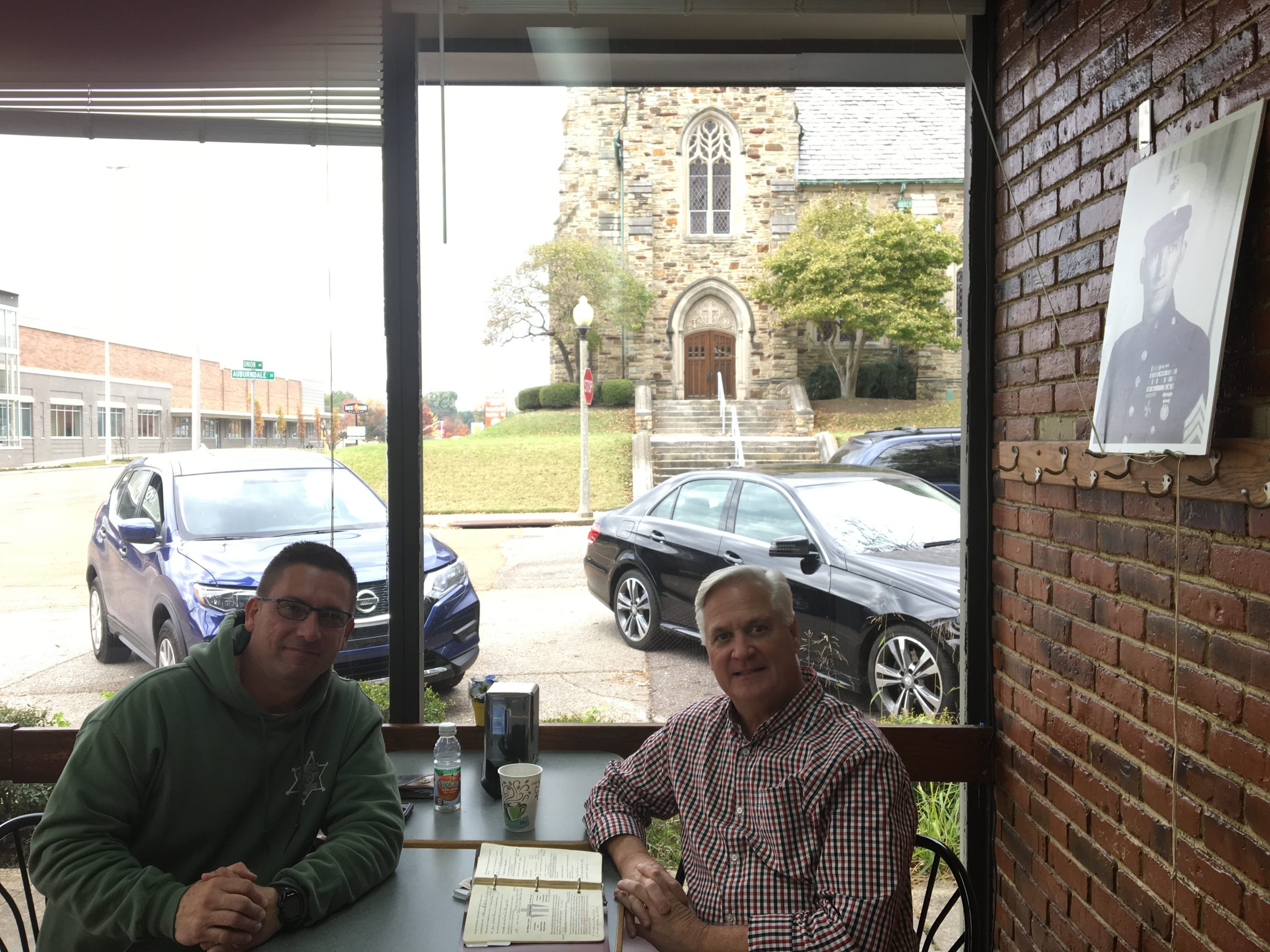 It was many years ago, that I stumbled across this most fascinating story while doing research on the smartest ways to intersect with people and be used by the Holy Spirit in His reaching others for salvation. I shared this story with my dad Curtis Hodges. He loved it! And so, he took a map of the area in which he lived and highlighted in yellow every street where he left a gospel tract and a Bible lesson in a door hanger bag. His map was almost completely covered in yellow. I hope this story will both encourage and then inspire you to look for loving ways to ‘say a word for Jesus’ as you go about your daily life. ~ Chris 😊

During a time of testimonies at Lansdowne Baptist Church, Bournemouth, England in the summer of 1953, Rev. Francis Dixon heard two very similar stories from two British sailors who had never met each other before. Both sailors, while on shore leave in Sydney, were approached by a man who asked the question:

“Young man, if you were to die tonight, where would you be, in heaven or in hell?”

In the course of time they both returned home, but the encounter with this mysterious man on George Street, Sydney, left such a deep impression on their hearts and minds that they both sought spiritual help when back in England.

Later, they both became Christians. Francis Dixon himself having the pleasure of leading one of the sailors, Peter Culver, to Christ.

Shortly after this, Francis Dixon departed with his wife Nancy for his first preaching tour to Australia and New Zealand. Deeply fascinated by the coincidence of the two stories of the sailors and recognizing that he was heading to the land where these events had happened, he resolved to investigate the matter further. Who was this unconventional street-evangelist? Why had he chosen to act in such a way? And how many other people had been impacted by his ministry?

It didn’t take long to get some answers. The tour commenced in Adelaide, and while preaching in a large hall one night, Francis Dixon related the stories of the two sailors from England. At this point, their host – who happened to be sitting next to Mrs. Dixon, and to whom they had just been introduced – waved his arms around, jumped up, and said, “I’m another! I’m another!”  This man, Murray Wilkes, later told them that during the war the evangelist had approached him while he was running to catch a tram, and that he had given his life to Christ in an army barracks two weeks later.

While in Perth, Francis Dixon again shared the story of the two sailors. This time, a man approached him after the talk to say that he too had become a Christian as a consequence of the

single sentence uttered by the evangelist on George Street, Sydney. What’s more, he had gone on to lead Christian Endeavors for Western Australia.

And so, Francis Dixon reached Sydney, determined to meet the man behind these stories. On arrival, he related the stories to local Christian worker Alec Gilchrist, and asked if he knew the evangelist. “I know him well”, said Alec. “His name is Frank Jenner. Like me he works with the Forces and he is a sailor himself. He worships at one of the Christian Brethren assemblies in Sydney”.

Later, in Frank and Jessie Jenner’s humble town-house, as Francis Dixon told the four stories of the men who had responded to the evangelist’s simple question, Frank Jenner, with tears in his eyes, fell to his knees and prayed: “O Lord, thank you for tolerating me”.

After a time of prayer, Jenner confessed that after speaking to 10 people a day for the previous 16 years, this was the first time he had heard of lasting results. “You know, I never heard that anyone I ever spoke to had gone on for the Lord. Some made professions of salvation when I spoke to them, but I never ever knew any more than that”, he said to his guests.

Those who knew Frank Jenner, testify that his nature was generous and warm, that he quickly inspired trust in others, and that his life was marked by persistence in prayer.

The circumstances of the Second World War – particularly the horrific images of Japan after the atomic bombs – so heightened Jenner’s sense of urgency that he felt it necessary to confront others directly about their standing before God. Not that this came easily: Jenner struggled to overcome a gambling habit acquired as a sailor, and he suffered persistent health problems throughout his life. He was so aware of his weakness that before each encounter on George Street he silently prayed: “I can do all things through him who gives me strength.”

He first coined his now-famous question in 1937, and over the years probably asked nearly 100,000 people. It is no surprise, then, that his influence extended far beyond Australia.

Just a month after meeting Frank Jenner, Francis Dixon spoke at a Methodist Church in Keswick, England. After the service, a man who worked for ‘Mission to Mediterranean Garrisons’ approached Mr. Dixon and said, “I too was challenged by Mr. Jenner and now I am in a soul- winning work myself”.

Four years after this, while ministering to missionaries in India, Mr. Dixon found another convert from George Street, Sydney. She had responded to the evangelist’s challenge and offered her life for service in India.

In all, Francis Dixon knew of 10 people who had come to Christ as a consequence of the influence of Frank Jenner. I wonder how many more there are?

Frank Jenner, in his own way, and to the embarrassment of some Christians, got to the heart of the issue: he directly challenged sailors about their standing before God. His simple question is not a formula for us to copy, but his life is a wonderful testimony of how God can use those who remain faithful to him.