Beyond Lazarus: A Greater Miracle 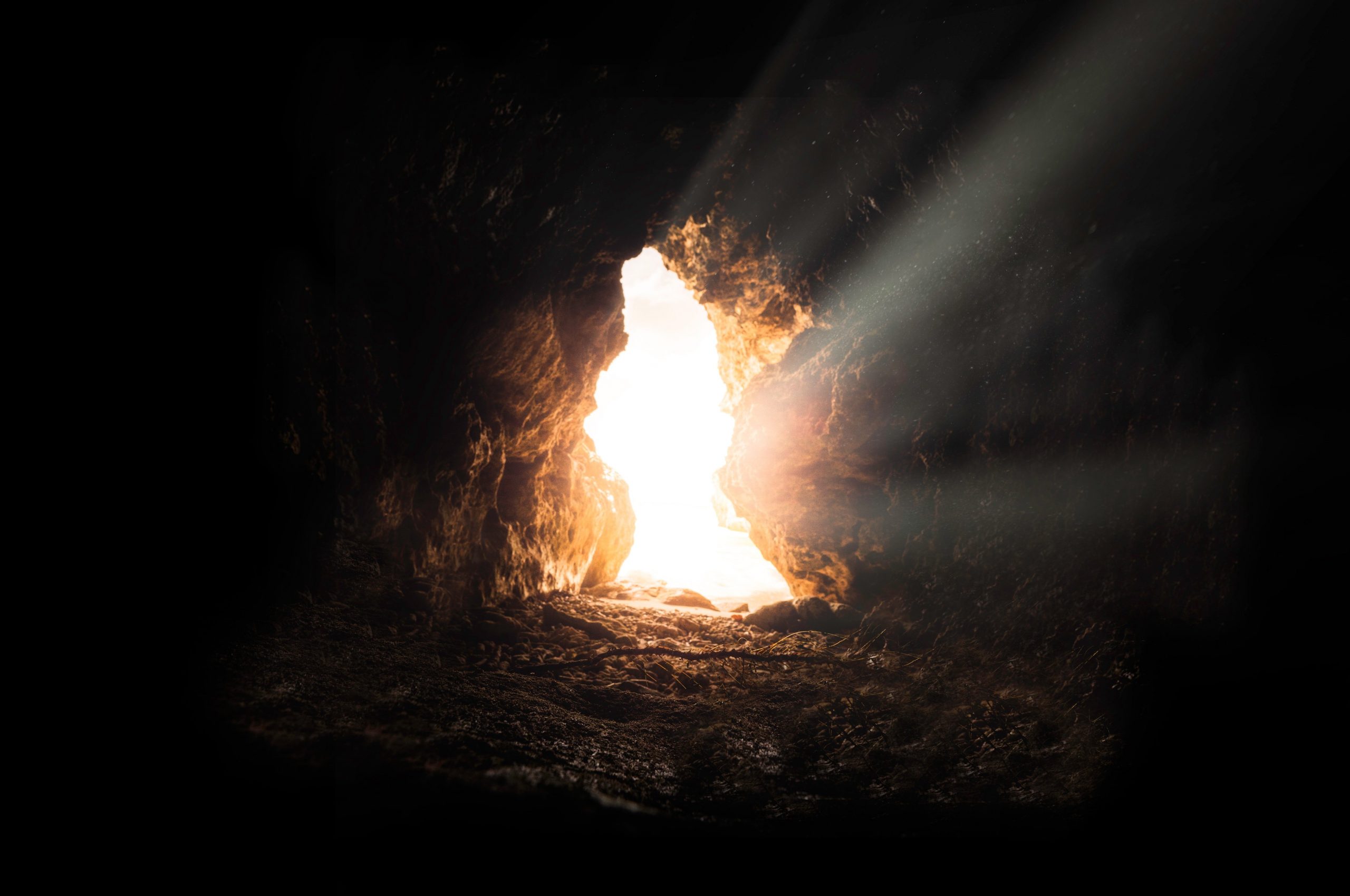 Calev stood there in silence, staring at the wall in his home. He breathed in slowly and exhaled even more slowly as he put his hands over his face.

The lonely silence was suddenly interrupted as his friend, Eitan, burst through the door.

Calev turned, and as if aroused from sleep, looked with bewilderment at Eitan.

“What are you talking about, Eitan?”, Calev replied with a look of confusion on his face.

“He’s alive, Calev! Lazarus is alive!”, Eitan repeated with a tone in his voice that was both bewilderment and excitement.

Calev pulled his hands down from his face and uttered with slowness in his words, “You’re crazy, Eitan!”

“No, no, Calev! I’ve seen our friend Lazarus, not even an hour ago.” retorted Eitan.

Now Calev was becoming angry as he was not amused at the joke that Eitan was seemingly trying to play. “This isn’t funny! You know that Lazarus was a dear friend of mine. I visited with him just before he died. And I was there at his burial.” And then with a quick motion of his right hand he continued, “STOP! Enough!”

“No, no Calev! It’s true! I saw him, and everyone with me was jumping up and down celebrating with him. We were all in disbelief, but it’s true!”, Eitan added as he strived unsuccessfully to convince the truth of his news.

Now Calev was growing more frustrated. “No, no, no, no, Eitan!” Calev uttered quickly as he moved closer to a chair as if to sit down. “I don’t know what you saw, my friend, but people don’t come back from the dead, especially 4 days after they were buried. Whatever you and the rest of, well, everyone else saw; it’s just not true. It’s impossible! So just stop!”

This time, Eitan moved closer to Calev, and put both his hands squarely on Calev’s shoulders. His tone went from jovial to one of emphatic sternness. His voice lowered as to note his seriousness, and he told Calev, “Look me in the eye, Calev! You’ve known me a long, long time now. We are are good friends, too. And I would never joke with you about such things!” Then there was a pause, maybe for mere seconds, but it felt like much longer as the silence lingered on.

Calev finally broke the serious moment. “How can this be, Eitan? I mean, I didn’t dream about Lazarus dying, and dead people don’t just walk out of a grave.” Calev then turned away and spoke tearfully. “I stood there next to Mary and Martha as they watched their brother be buried. I saw them weeping loudly as their heart was broken with grief.” And after a brief pause, he added, “And my heart was broken too.” As he turned back toward Eitan he spoke with tears in his eyes, “They lost their brother….and I lost my friend.” He paused and looked down and started to laugh slightly. “You remember how he used to run in here and tell us some funny story from the day? I….I… I’m just so sad!” Calev was trying to hold back tears as he added, “That’s never going to happen again.”

Then Calev turned toward Eitan as he regained his composure and said in a tone of frustration if not outright anger, “And then here you come with this…this…crazy news about Lazarus being alive.” And after a brief pause, he then said with a glimmer of hope in his voice, wanting to believe the news that Eitan was sharing, “How can I believe this, Eitan? How can it be?”

Seeing the opportunity to prove the truth of the story, Eitan responded with a laugh. “See for yourself then! Come with me and talk to him! He will tell you himself, and then you will know that all I’ve said is true! The two men locked eyes, and Calev knew that Eitan was not joking. Without saying a word Calev motioned Eitan to lead the way.

As they neared the home of Lazarus, Calev stopped when he saw Lazarus standing there in the street and laughing heartily as friends gathered around the man who used to be dead but was now anything but dead. He was standing there, full of life.

Then Lazarus stopped talking when he saw Calev coming toward him. The conversation drew to a very quiet pause as Lazarus looked down the road and saw his friend approaching. As they locked eyes, Calev suddenly stopped dead in his tracks. Calev’s disbelief was clearly displayed on his face and was evident to Lazarus, even from that distance. Then Lazarus laughed and shouted out, “It’s true Calev! I’m alive, man!” Then he jumped and landed on his feet kicking a little like he was about to dance in the street. “Come here, Calev!” Calev ran over to his friend and they embraced. Lazarus shook him as if to awaken Calev to his senses. “I know you must have a million questions for me, my friend!”, as the two grinned and started to laugh. Calev stood there and embraced Lazarus again and quietly said, “No, Lazarus, I’ve only got one question, my friend….. How? How can this be?”

Then Lazarus shared with him how Jesus had raised him from the dead with just a word from His mouth. “He gave me life, Calev! He gave me life! When I was dead”, and then Lazarus stopped and looked toward where he had been buried.” He then finished his statement talking more slowly and thoughtfully, “He gave me life.” Lazarus then burst out laughing at the incredible truth of what he had just said. And the two laughed together.

Now this is an imaginary story, but I can only imagine how Lazarus shared this incredible miracle with so many people how Jesus raised him from the dead. When I think about this event in the gospels, it always makes me pause and just imagine the incredible fact that Jesus spoke to Lazarus in a sealed grave, told him to walk out, and everyone there witnessed something they had never seen before…. the miracle of a dead man come to life.

Friend, this is a true miracle straight from the pages of God’s word (John 11), but you and I have experienced an even greater miracle if we have trusted Jesus as our Savior. Jesus raised Lazarus from the dead, but some years later, Lazarus died again. Now Martha questioned Jesus why He hadn’t come sooner and prevented her brother’s death. Jesus then told her a profound truth: “I am the resurrection and the life. Anyone who believes in me will live, even after dying.” (John 11:25).

The Bible says we are all dead in our trespasses and sins (Ephesians 2:1). That means that spiritually nobody has life in them. We are physically alive, but unfortunately dead to God in our spirit. The good news of the gospel is that Jesus came to bring us life, eternal life. How does this happen? The Bible tells us, “For everyone has sinned; we all fall short of God’s glorious standard. Yet God, in his grace, freely makes us right in his sight. He did this through Christ Jesus when he freed us from the penalty for our sins. For God presented Jesus as the sacrifice for sin. People are made right with God when they believe that Jesus sacrificed his life, shedding his blood. This sacrifice shows that God was being fair when he held back and did not punish those who sinned in times past.” (Romans‬ ‭3:23-25‬). ‬‬‬‬‬‬‬

When we place our trust in Jesus as the only way to become right with God, then God freely forgives our sins, brings us into right relationship with Himself, and gives us eternal life (Romans 6:23). Jesus did all the work; we simply receive Him. Heaven, forgiveness of sins, and eternal life are all a gift from God when we trust Jesus as our Savior.

While Jesus performed an unbelievable miracle for Lazarus by restoring his life, you and I have been given the most precious and indescribable gift of eternal life. Just as Lazarus told all those around him how Jesus gave him life, let’s tell everyone we meet how Jesus has given us eternal life and offers that same life to them.